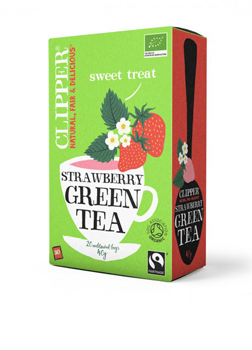 Drinking green tea may be good for your brain as well as your waistline. That’s the takeaway from a new study from the University of Yangling in China, which adds to the “superfood” status of one of the world’s most popular beverages.

It’s been known for some time that green tea is rich in antioxidants and that it contains healthful compounds such as B vitamins, folate, manganese, potassium and magnesium. Now, a study of epigallocatechin-3-gallate (EGCG), the major polyphenol in green tea which supplies the drink’s antioxidant, anti-inflammatory properties, shows that the compound has protective effects on insulin resistance and memory loss, as well.

Conducted by researchers at the College of Food Science and Engineering at Northwest A&F University in Yangling, China, the study involved three groups of young adult mice who ate either a standard lab diet, a high-fat, high sugar diet or one that was similarly high in fat and sugar but also contained EGCG.

At the 16-week mark, researchers checked the mice’s physiological and neurological markers, finding that, as expected, the mice in the high-fat, high-sugar group were heavier than those on the standard diet group, yet they also found that the EGCG group gained less weight than the high-fat and sugar group, showing that the addition of the polyphenol exhibits a counteractive measure against a bad diet.

Further, researchers found that the EGCG mice performed better on standard cognitive functioning tests, which indicated a memory-boosting quality to the polyphenol.

“To our knowledge, this study is the first to provide compelling evidence that the nutritional compound EGCG has the potential to ameliorate high-fructose, high-fat diet-triggered learning and memory loss,” say the study’s authors, whose research is published in the Official Journal of the Federation of American Societies for Experimental Biology.

Importantly, the research showed that insulin function in the EGCG mice was improved and that the polyphenol appears to have a neuroprotective impact on brain functioning, particularly within the hippocampus, which oversees learning and memory.

While some studies have shown a link between green tea consumption and the slowing of the onset of both type 1 diabetes and liver disease, others have been less conclusive. A 2012 review of 51 studies on green tea and cancer prevention found “limited to moderate” evidence of its cancer-fighting properties, while a 2013 review of 11 studies concluded that green and black teas could help lower cholesterol and blood pressure levels.

Tea sales in Canada on the upswing as of late. A recent Euromonitor International market report states that retail sales of tea, including black, green, fruit/herbal and other teas increased by three per cent in volume in 2016, said to be fuelled by the rising popularity of loose leaf tea and the expansion of specialty tea retailers.